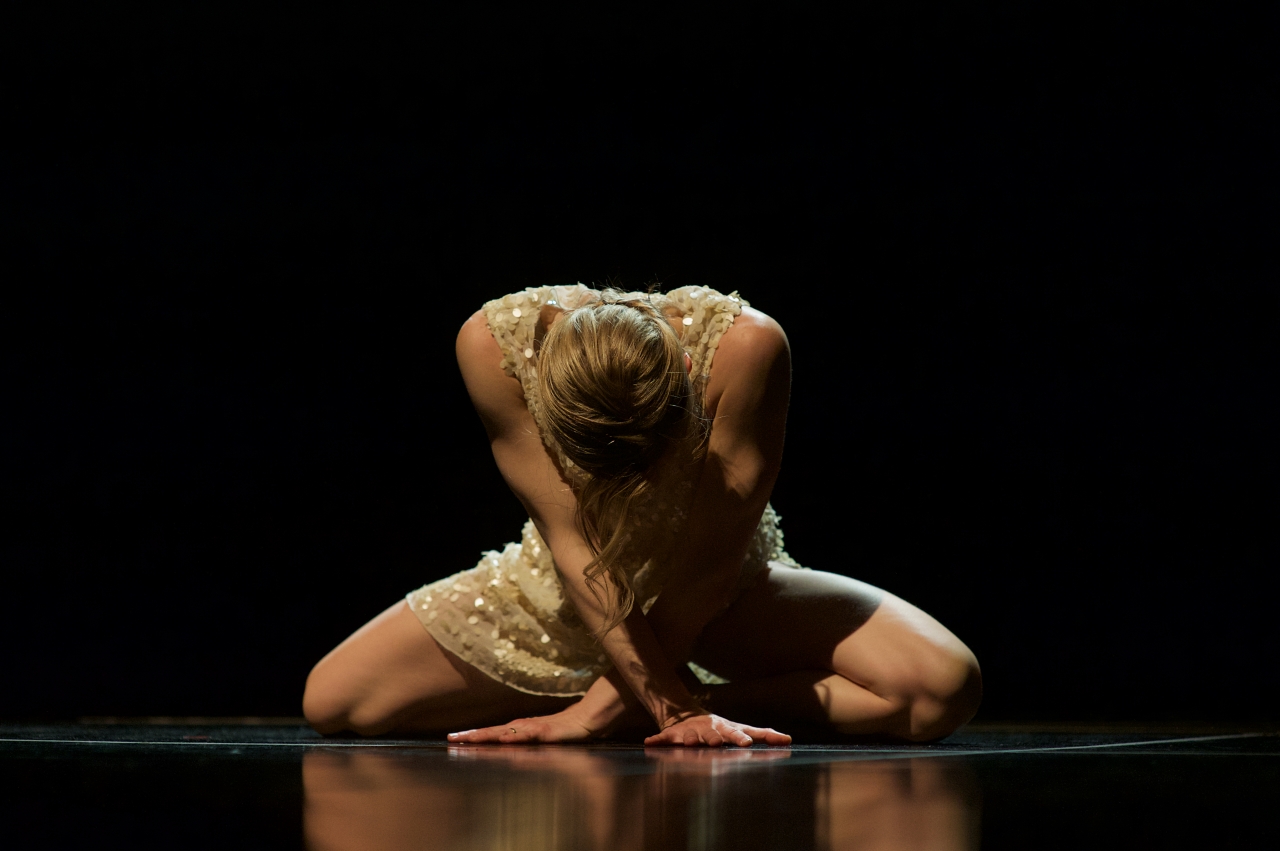 A few years ago Peggy Baker, cruising the web, happened upon a cache of beautiful symbols and drawings of mathematical equations that spoke to her as descriptions of movement akin to choreographic renderings such as the Benesh notation system. Both pictorial alphabets are used to describe motion and the relationship of figures to each other: the speed, volume, duration, mass of bodies falling, rising or circling, moving through time and space.  These abstract equations looked like drawings for the blocking of a play. Baker felt a dance coming on.

First she sought out John Mighton, playwright and mathematician, to give her a quick tutorial on the meaning of the equations.  As Mighton drew diagrams and worked out an equation, she could envision dancers re-enacting one on stage.

Building the dance layer upon layer, Baker invited vocalist Fides Krucker to come in and give the dancers sounds to emit. These vocals comprise everyday sounds, such as growls, cries and whispers, repeated in the manner of chants made in kundalini yoga. Finally, the choreographer asked composer and musician John Kameel Farah to orchestrate a live electronic and acoustic piano soundscape to complement the dancers’ combinations and recombinations. Marc Parent’s lighting design makes cones of illumination over the whole thing.

The element of chance that contributed to the fluidity of the project, said Baker, a self-described formalist, “really rattled my cage.” Indeed to the viewer of Baker’s works over a couple of decades, this production is a paradigm shift from work she’s created in the past, and yet indubitably a Peggy Baker dance piece. Dancers Ric Brown, Sarah Fregeau, Kate Holden, Sean Ling and Sahara Morimoto are all fine interpreters of the Baker dance vocabulary and it is joy to behold the sharp, almost hieroglyphic, gestures that are the hallmark of her choreography.

Under a fall of light, Farah opens the show, with a tiny tinkling on the upper end of the piano keyboard. His sounds usher in the dancers into the performance space, in everyday shirts and jeans, as if marshalled by some unseen dance captain.  Above them on a screen, a diagram appears, of a hand-drawn equation, as if worked out on a scrap of paper (a pity that the lines from Mighton’s pencil couldn’t have been captured in live action). It doesn’t take much to see how the dance figures correspond to the numeric figures above them, as they mark out lines and vectors with their footsteps, the five of them arranging and re-arranging themselves in geometric patterns.

In mathematics, locus is defined as, “1. a curve, etc. formed by all points satisfying a particular equation between coordinates . . . moving according to mathematically defined conditions. Or 2. the centre or source of something.” The definition for plot is “1. a ground plan, map or diagram,” and “2. a plan or outline of the main events in a play, novel or film.” Or dance. With each new equation posted in  locus≈plot, the dancers reconvene, speaking in cries, growls and whispers, communicating in an animal and human way – following a plot.

From very abstract, nearly random movement, the dances become more formal, culminating in a circular sequence in which the performers call out “centre. diameter. circumference. radius.” As Farah’s score builds to a crescendo of rolling thunder, their voices draw our attention to the breath. Without mindful breathing there would be no dance, no life, no creation, no connection with the Earth.

And so it is with a sense of exhilaration that we watch Kate Holden, wearing a short, white shift, dance a muscular, grounded solo. Crouched stage front, she that ends on a deep crouch, loudly expelling the yogic breath of fire, in affirmation of the dance of life, depicted in the shadowy forms who caper about behind her.

Above: Kate Holden in locus≈plot Photo by Makoto Hirata