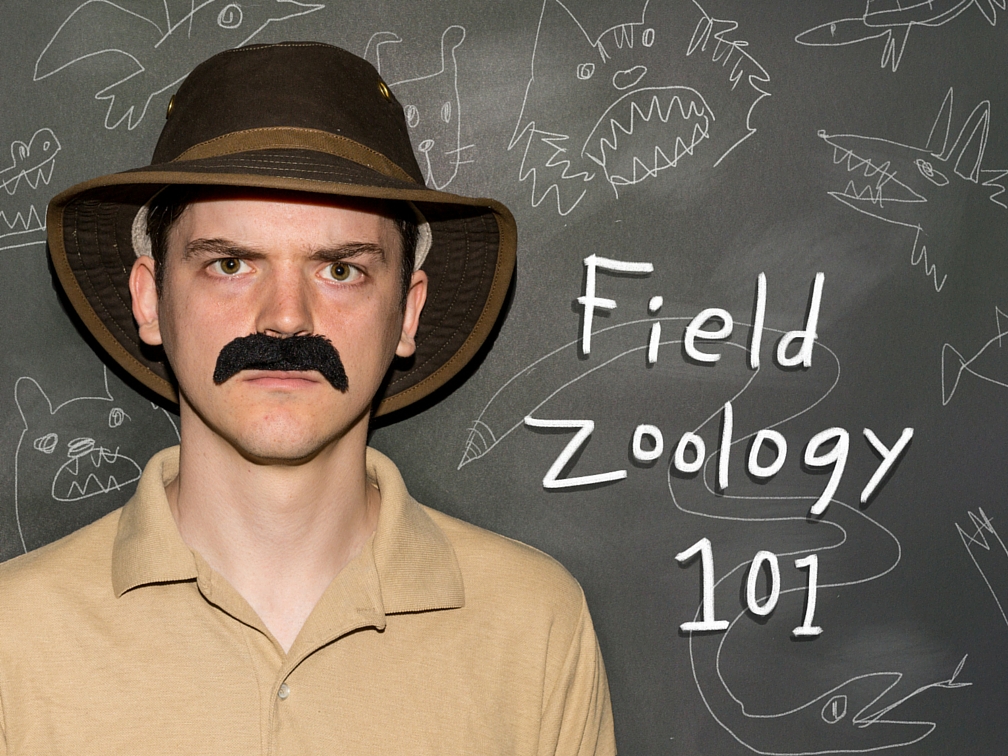 Created and performed by Shawn O’Hara

A leading incubator for Canadian talent of all kinds – think Steve Nash, David Foster, Silken Laumann, Eric Metcalfe – Victoria boasts a fringe festival remarkable as a showcase for emerging artists. Shawn O’Hara, creator of the Fringe show Field Zoology, is a fine example of the above.

Whether it’s because we’ve all had teachers like Dr. Bradley Gooseberry or because O’Hara is a fiend at engaging an audience, he had us at the first “stand up, please” (immediately followed by “now sit down”). All willingly stood, faced east and repeated  the zoologist pledge: a promise to respect all animals – with the exception of the mongoose (“they know what they did”).

In his Indiana Jones hat, fake moustache, polo shirt and all-important cargo shorts (over bare, hairy legs in socks and thick-soled Blundstones), Dr. Gooseberry gives us a quick account of his beginnings as a zoologist in the Amazon. The Amazon central warehouse in Petaluma, California, that is. His zoological career began among the rat inhabitants, a study that included an investigation (don’t ask) of “rat gonorrhea.”

O’Hara’s humour is both physical and cerebral. Using an overhead projector, Gooseberry displays crudely drawn animals and titles sometimes running off the page to illustrate his lesson. (“These transparencies are expensive. Don’t use permanent marker.”) Manipulating them before our eyes, he gives us animated action, slipping transparencies over each other to demonstrate one creature devouring another.

A Q&A session that ends the piece features Gooseberry answering questions submitted by the audience. “Why do female lions do all the hunting?” he reads from an index card. “Because it’s 2016.” Touché.

The Victoria Fringe, featuring 53 shows from all over, runs through September 4 in seven venues.