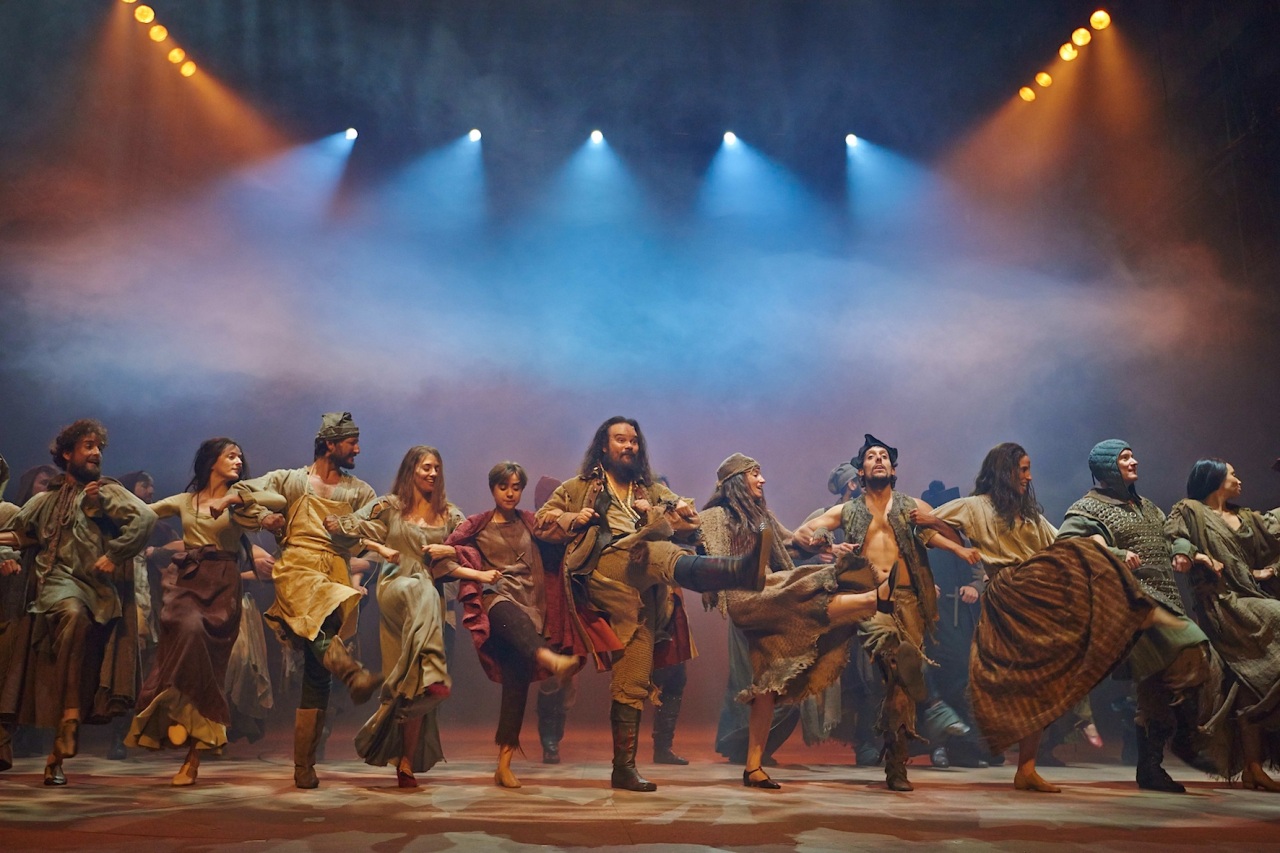 The musical running at Teatro Nuevo Apolo in Madrid’s theatre district makes quite a contrast to West Side Story just up the hill from it. That’s because El Médico El Musical is totally home-grown. Iván Macías composed the tremendous score. Félix Amador wrote the libretto. José Luis Sixto directs.

The show is adapted from the American novel The Physician, by Noah Gordon. The book has sold more than 10 million copies worldwide and is particularly popular in Spain, where in 1999 booksellers voted it one of the 10 most beloved books of all time. Noah Gordon’s son Michael Gordon, a Barcelona-based literary agent, acted as consultant to the project.

El Médico El Musical has been running to full houses and standing ovations (rare in Madrid) since it opened on October 17. No surprise: this is a good, old-fashioned musical, in which the music and voices dominate, stage technology notwithstanding.

The hero of this quest story, Rob J. (Cole), grows up poor and orphaned in 11th-century London—the Dark Ages by any measure. Rob apprentices to a barber-surgeon, called simply Barber. (Barbers at that time treated the poor and were snake-oil salesmen. Physicians, with a little more medical knowledge, served only the rich.) Rob has an edge on others: he’s always had a strange ability to feel impending death in the sick or injured. When he is 19, he learns from a Jewish physician about Avicena, an advanced doctor in Isfahán, Persia, who heads up a teaching facility called the Madrasa. Rob becomes a wanderer, leaving the British Isles to cross Europe and travel to the Middle East. Along the way he meets a Scottish lass, Mary, in a caravan crossing the desert. Travelling with Jews, Rob takes on their identity, because the Madrasa would not admit Christians, and upon reaching Isfahán, is befriended by the Shah.

Rob eventually meets and studies with Avicena, but not before enduring war, plagues and other obstacles to love and happiness.

El Médico’s 33 performers, accompanied by a 20-piece orchestra under composer and conductor Iván Macías, are a treat to watch and hear in Teatro Nuevo Apolo, a 1,160-seat opera house—intimate by North American standards. Everything in El Médico devolves from Macías’ composition. Drawing on traditions from classical opera to show tunes to popular and Arabic music, his score dictates the direction of the play.

A rotating series of young male and female singer/actors take on the role of the young Rob J. The one I saw was a lively boy with a quick step and a hearty voice. Barber is a lusty, crafty character, embodied wonderfully by Spanish singer/actor Joseán Moreno, singing the first scene’s “El barbero ya llegó” (the barber has arrived), in which Barber and his apprentice pull teeth and charm and cheat the local yokels. It’s odd to see these medieval characters in choreographer Francesc Abós’ kick line, but the scene works.

Madrid-born Adrián Salzedo is the grown-up Rob J. He’s a musical artist who’s appeared in Spanish productions of Beauty and the Beast, Dirty Dancing, Aladdin and Madagascar. He makes a terrific match with Mary, played by Sofía Escobar, who toured in the international production of West Side Story and was Christine in the West End production of The Phantom of the Opera over multiple seasons.

These two bring home the romance in some lovely harmonizing in Act II. The Shah is a multi-tasking Alain Damas, a Venezuelan who performed in Madrid productions of the operas La Celestina and Lady Macbeth. Andalusian-born TV, stage and film actor Ricardo Truchado projects gravitas as Avicena, the Persian physician.

The show boasts a terrific ensemble of singer/actors on a minimalist stage that rotates and is re-set to depict desert dunes or the shah’s palace thanks to the stage designs of Alfons Flores and the sound creations of Olly Steel.

El Medico makes for a great night in the theatre. Would that an English translation is in the works, so that Noah Gordon’s North American readership can see it.

Based on The Physician by Noah Gordon