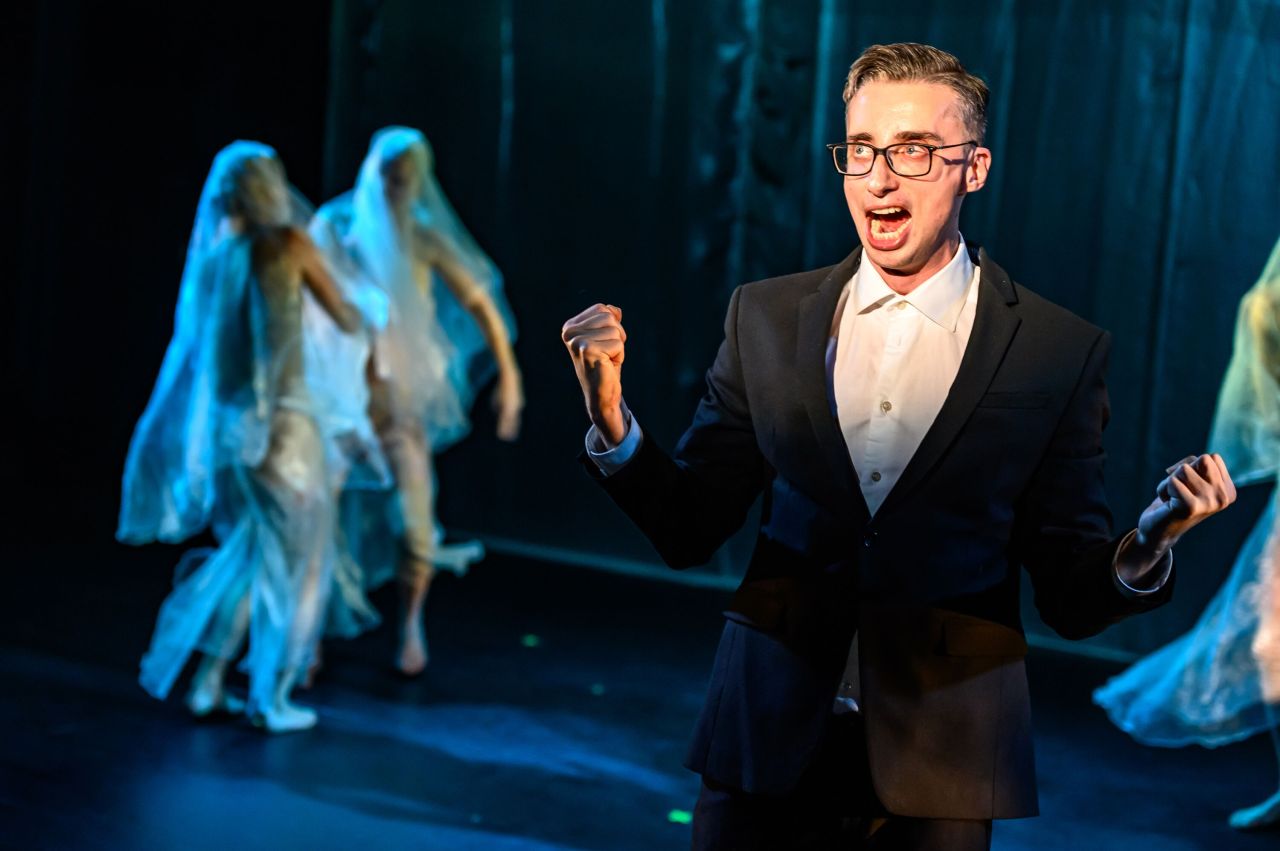 Toronto actor Simon Bracken has the only speaking role in The Particulars. He’s Gordon, a very twitchy, quite off-putting fellow suffering from insomnia complicated by a bad case of obsessive-compulsive disorder. He’s dressed in a loose satin robe sashed over oft-revealed underpants.

In the vein of monologists Spalding Gray and Eric Bogosian, Bracken tells Gordon’s story as he enacts it. Gordon, a single man, has a set routine that involves tending his garden, which has become infested with aphids, watering his orchid, daily buying a bouquet of fresh flowers and performing his clerical duties in an office job where he fears ostracization.

Accompanying Gordon as if they were ghosts are seven dancers, draped head to toe in sheer veils, like dead brides (except one is a man). Matthew MacKenzie, creator of the very successful show Bears, wrote and directed The Particulars as a fusion of dance and theatre. Alida Kendell choreographed the movement. The fusion is less than complete, in that one can focus on Gordon’s increasing agony – and it’s hard not to – or on the active ensemble of dancers, but the two performances never really meld. Mostly the dancers’ movements, especially when they’re balled up on the floor scratching themselves, merely illustrate a story we can easily imagine from Gordon’s words.

Gordon seems made for bullying and a figure to make fun of. For the first 30 minutes or so, we laugh at his desperate manoeuvres, such as studying hockey statistics so he can sound knowledgeable about the game among his male colleagues. The reason for Gordon’s insomnia and neurosis is not immediately made known. Once his tragedy is understood, laughing at him becomes a problem.

This show needs more of the inventiveness displayed when the dancers form a human tower, illustrating Gordon’s fear that the scratching that awakes him every night might come from a squirrel trapped in his chimney.

Written and directed by Matthew MacKenzie

A Punctuate! Theatre production presented by the Theatre Centre

At the Theatre Centre until October 26; in Edmonton Nov. 1-2

Photo of Simon Bracken as Gordon by Dahlia Katz