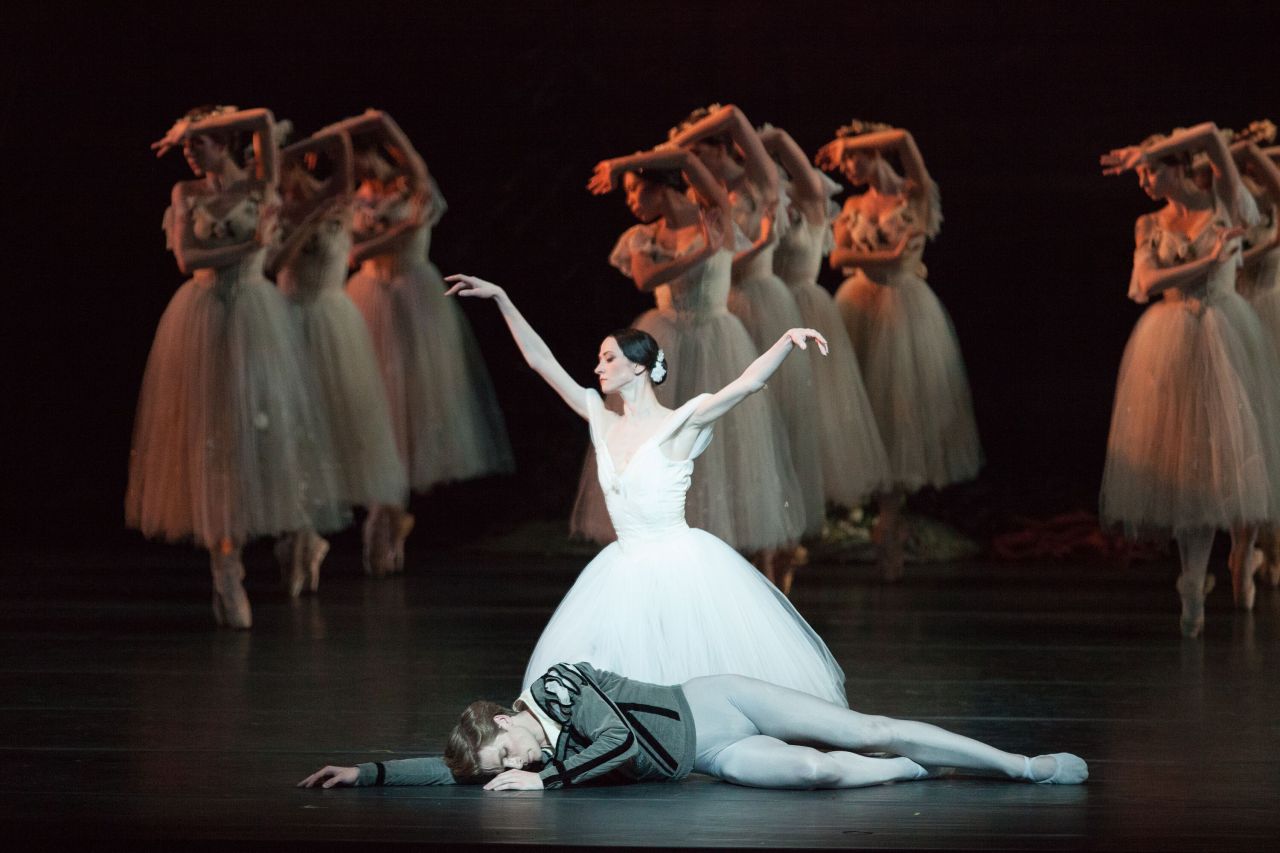 It was a beautiful 20-year-old Italian dancer named Carlotta Grisi who inspired the creation of Giselle, the romantic story ballet that premiered in Paris in 1841 and has stood as a highpoint in the careers of leading ballerinas ever since.

Artistic director Karen Kain, this season celebrating 50 years with the National Ballet of Canada, recalls Giselle as the first ballet she saw and the work that inspired her to dance. “Giselle demands everything from a classical ballerina, from stamina to technical precision, drama and musicality.” Kain first performed it in 1973, partnered with Frank Augustyn.

On Wednesday night, Svetlana Lunkina, who came to the National Ballet from the Bolshoi Ballet, raised everyone from their seats with a moving interpretation of the role that was so technically proficient she made it look effortless. Giselle is the German peasant girl who lives with her mother Berthe in a village surrounded by vineyards. She is wooed by a mysterious stranger named Loys, who poses as a farmer, but is actually Count Albrecht, son of the Duke of Silesia and the fiancé of Countess Bathilde.

Giselle’s intended is Hilarion, a forester who takes note of Loys’ bearing and suspects him of treachery. He tries to warn Giselle, as does Berthe, but this innocent beauty is captivated. Her joy, expressed in playful and artful dancing with Loys, is unbounded. Drama mounts when Bathilde (an august Tanya Howard), in the company of the Duke and a royal hunting party, arrives. She takes an interest in Giselle and gives her a necklace.

Piotr Stanczyk gets our sympathy as the perfectly worthy, robust suitor, who reveals Loys’ identity and status. Giselle’s ecstasy spins into madness and, her humiliation and betrayal on display for all to see, takes Albrecht’s sword and plunges it into her heart, dying in her mother’s arms. Harrison James’s performance as the disguised Albrecht hits just the right note, between cad and true love.

Giselle is a ballet that literally hit new heights; it’s all about lightness and elevation. This aspect of the show is evident throughout: the peasant pas de deux in Act I were brilliantly executed by Siphesihle November, Jeannine Haller, Skylar Campbell and Miyoko Koyasu.

As enduring as the ballet and Adolph Adam’s straightforward, evocative score is Desmond Heeley’s set, created in 1970. The sunny, earthly world of peasants, vineyards and royal hunting parties is sharply delineated from the dark forested spirit habitat of Act II, in which the gauzy, sylph-like Wilis appear, as substantial as willow-‘o-the-wisps and just as mysterious.

Here we find Hilarion beside Giselle’s grave, keeping vigil as the poor girl has been buried in unhallowed ground. The Wilis, the ghosts of betrothed women who were betrayed before they could be married, harry a brave-hearted Hilarion to his death, under the direction of a strikingly powerful Heather Ogden as Myrtha, Queen of the Wilis and lead Wilis Tina Pereira and Jordana Daumec. The full assembly of 18 Wilis make a stirring spectacle. Not a sound is heard over the music as they perform their ghostly ensemble sliding on single feet across the stage.

The applause for Lunkina’s lofty, delicate dancing as a Wili began well before the end of the show. The pas de deux with James made plausible the power of love and forgiveness that saves Albrecht from the vengeful ghosts. Five other principal dancers take their turns as Giselle before the end of the run, including Greta Hodgkinson, who dances the role in her final season with the National Ballet on Saturday night.

A production of the National Ballet of Canada, at the Four Seasons Centre for the Performing Arts, Toronto, through November 10

Photo of Svetlana Lunkina and Harrison James with artists of the National Ballet of Canada by Aleksandar Antonijevic.

One thought on “Crowd-pleasing, artistically satisfying”