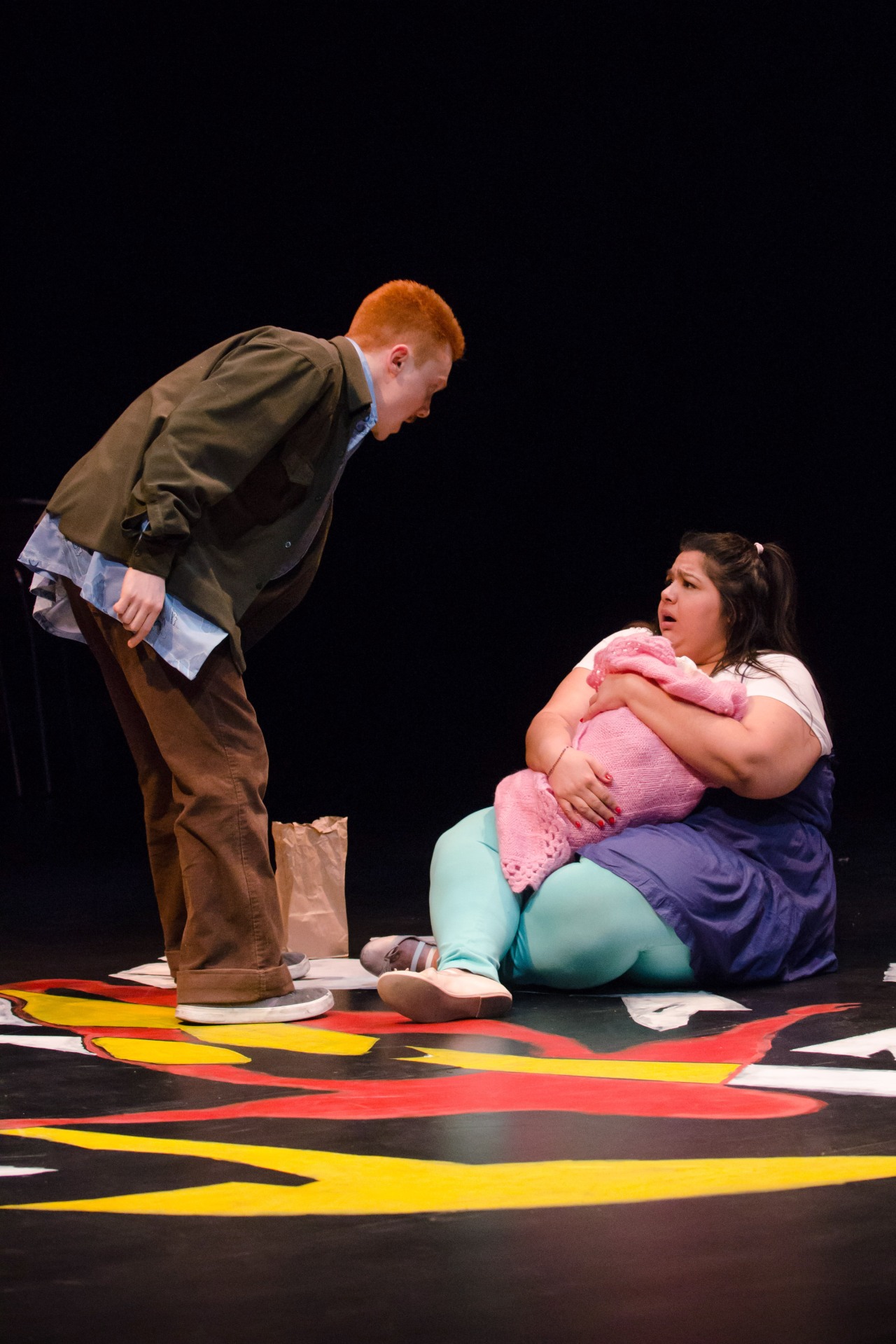 Judith Thompson’s plays are poetry for the stage. As such, ungovernable, a bit messy, exhilarating, affecting at a level beyond the intellect. All the better, then that she should direct this latest production of Crackwalker, a play she wrote in 1979, shortly after graduating from theatre school. Her inspiration came from work she’d been doing in Kingston with the provincial Ministry of Community and Social Services.

But the language ­– the stories – came from some deep well that only Thompson knows.  Don’t expect any neat resolution at the end of Crackwalker. For Factory’s production, the last in its Naked season, Thompson has reimagined the role of the Crackwalker. Played by the Anishnaabe performer Waawaate Fobister, he is a storyteller, a spirit guide, a reflection of the demons that haunt the others and a redeemer. Crackwalker opens the play, doing a grass dance on the bare stage, the floor painted with shapes in primary colours pieced together in a circle. Throughout  the play Crackwalker weaves in and out of the action, sometimes wearing a mask, delineating different, sometimes opposing, realities.

Enter Theresa, played by Yolanda Bonnell, speaking in infantile fashion to herself.  The first words out of her are enough to get our attention: she’s been accused of “suckin’ off queers.” Theresa’s only friend, Sandy (Claire Armstrong), arrives to accuse Theresa of having sex with Sandy’s husband Joe (Greg Gale) in their home. Theresa accuses Joe of raping her: “I didn’t want to,” she whines. The two women patch it up, until Joe appears to assail the “retarded whore” in the language of this doomed urban landscape of generational poverty — words such as “poke”and “hole” – to deny any wrongdoing. As if Theresa was everyone’s property, to do with as they will.

Theresa is wanted and loved, though, by Alan (Stephen Joffe), a car-crazy barely employed friend of Joe’s, who looks up to him as would a man in need of a father. Alan calls Theresa his Madonna. They will marry and have a child – in defiance of the “cock-sucking” social workers’ order to have Theresa’s tubes tied. The second half of the play concerns the death of their baby and a reconciliation of sorts between the warring Joe and Sandy.

The physical and verbal violence of Crackwalker is relentless. (Fight director Casey Hudecki did her job well.) Only Theresa finds any non-combative way to behave, giggling at inappropriate moments or withdrawing into her fantasies. Everyone else wants only one thing –“We gotta get out of this place,” Joe sings. Anger over threatened masculinity (Joe), sexual betrayal (Sandy), control by government or doctors (Alan) simmer close to the surface at all times. Peace, calm, salvation are but receding goals.

Offsetting the shouting, thumping and nightmarish visions (a tumour like a cauliflower emerging from a woman’s vagina) are moments of sick humour: Theresa feeds her baby baloney; a knock at the door could be Charlie Manson.

The interplay between the Crackwalker and the other characters gives a spiritual depth to this production.  Confronting Alan with his own demons, he alludes to the Ojibway story of two rivers flowing in different directions, one a river of poison, the other clean, clear water. Crackwalker is sometimes a guardian angel, giving away a fossil – a kind of talisman to protect one on a journey. Finally, he seems to embody the spirit of Theresa’s dead infant. All of the roles present challenges for the actors. The surprisingly agile Yoland Bonnell has to gain our sympathy as Theresa,  doomed but not entirely guileless. Greg Gale asserts a moral authority despite his obvious shortcomings as the drunken, disappointed Joe. Claire Armstrong projects Sandy’s meanness, but eventually has to convince us of true feeling for her husband. And a bristly Stephen Joffe has to transform from innocent boyfriend to vengeful son and husband.

A crude painting hangs above the stage:  a naked woman, her womb highlighted, flanked by two vivid orange spheres. It isn’t clear what function this sole prop serves. This production is so well directed as to transport us to various hells without need of set or properties.